I'm all about a fun new album and while I like to make albums to give and sell I usually try and keep the cost down by using what I know and what I have but recently I found the cutest albums made of chipboard and well look how cute they came out... 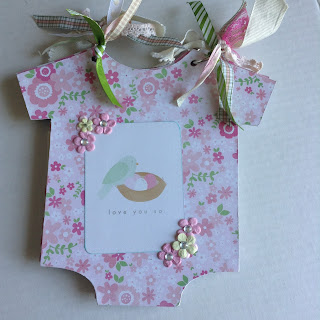 this is another inside page 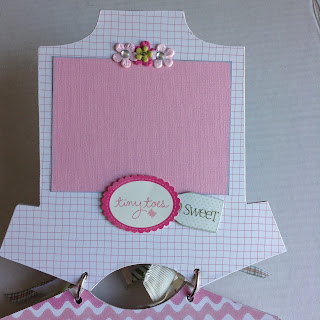 This is 6 pages including front and back covers and has 4 photo mats
And because they are for babies I decorated them so adorably. Using papers and embellishments by Carte Bella the baby mine collection (swoon)

If you would like to see more of the inside of the album please head over to my website
onecraftymess.com
and click on the shop icon and scroll down until you find it and check it out.

These are fun little albums that would make a great baby shower gift or even just a congratulations to a new mommy or grandma that lives far away.

We have this friend of the family who is like an uncle to my kids and every year for his birthday we try and do something fun for him. This year I decided to try and come with a theme using what I had on hand. I had cardstock boy do I have paper, I have paper punches and I have markers.

I also know how much he loves chocolate cupcakes so I immediately had the BRILLIANT idea of doing the POOP EMOJI for the topper of the cupcakes...so then another lightbulb went off and I thought hey lets do an emoji themed party. 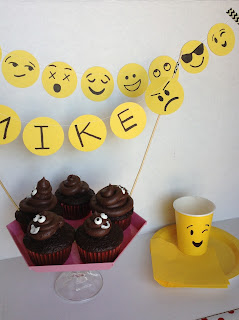 As you can see all it took was some large punched yellow cardstock circles, then I added the emoji faces with black sharpie and used my sewing machine to sew through the tops of the faces and created the cute little banner against the wall. 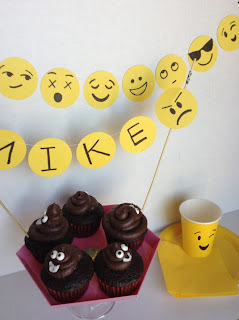 I did something similar for the MIKE banner that I attached to 2 wooden skewers and stuck them into the cupcakes - I guess I could have made those circles smaller but I just went with the bigger ones. 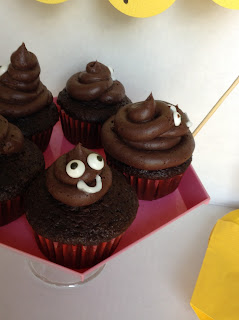 then for the piece de resistance' (said with a French accent) the POOP EMOJI CUPCAKES
Used a box mix and then my daughter used the biggest hole in the silver piping tips to add the poopy swirl...and #wilton has fun eye candies that I used to add to the poop then to finish it off I added a fun white grin with icing from a tube, store bought (had) 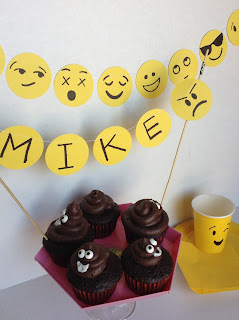 You could add emoji faces to all the yellow cups if you wanted (those were from the 99 cent store)
I think it came out wonderfully and he liked it too.

Simple, pretty inexpensive and he got to take all the decorations home to set it up when he see his family over the weekend.

P.S. the cupcakes were a hit with the kids!!!

Sometimes using what you have makes you find new ideas that normally wouldn't have been thought of otherwise. 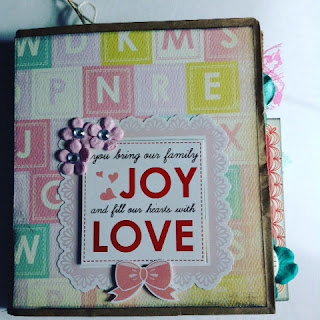 I used the baby mine paper kit by carte Bella 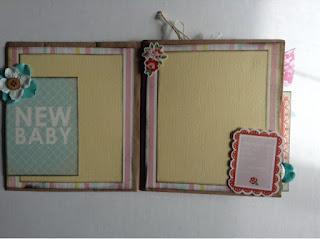 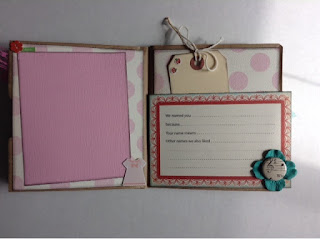 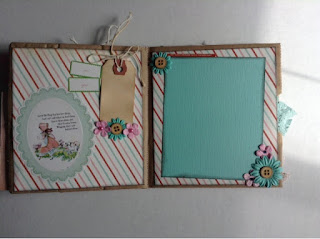 This layout makes me happy. The flowers make it so girly and cute. 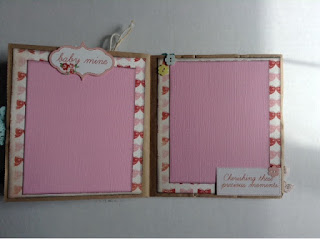 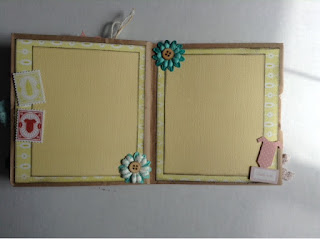 It's a gloomy day here in Southern California so the lighting is not great but just imagine soft pastel colors and sweet accents that coordinate.

It's being listed later today in the shop!

Thought I would try my hand at a new form of art - and since I'm goo goo for string art - I thought why not...looked on Pinterest for ideas and since I'm doing a show in "Horse Country" I thought this image was perfect!!! 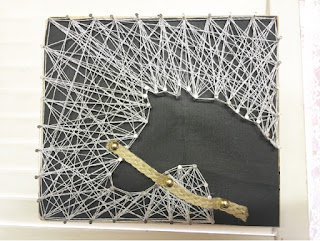 I love the way it came out! Made another one too 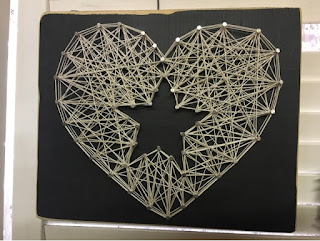 Sweetness - I think I found a new art I love😀 happy. Crafting!

Thanks for stopping by. I love to scrapbook and document everyday life. I am always sharing new ways to document your photos and other important moments in life. Hope you come back for more.

Tina
Welcome, thanks for stopping by. Hope you find something that sparks your interests here. 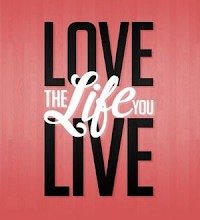 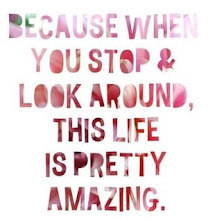 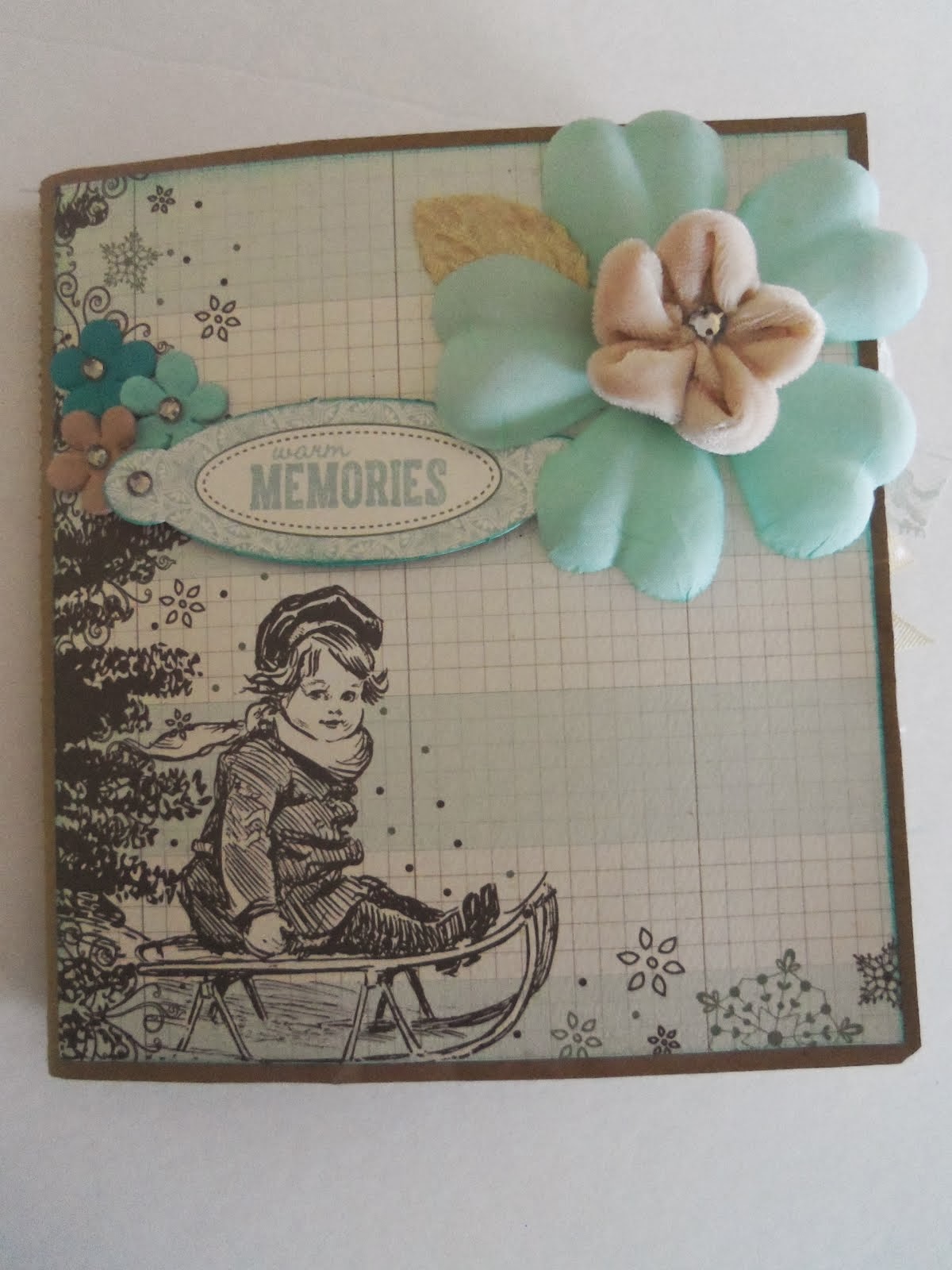 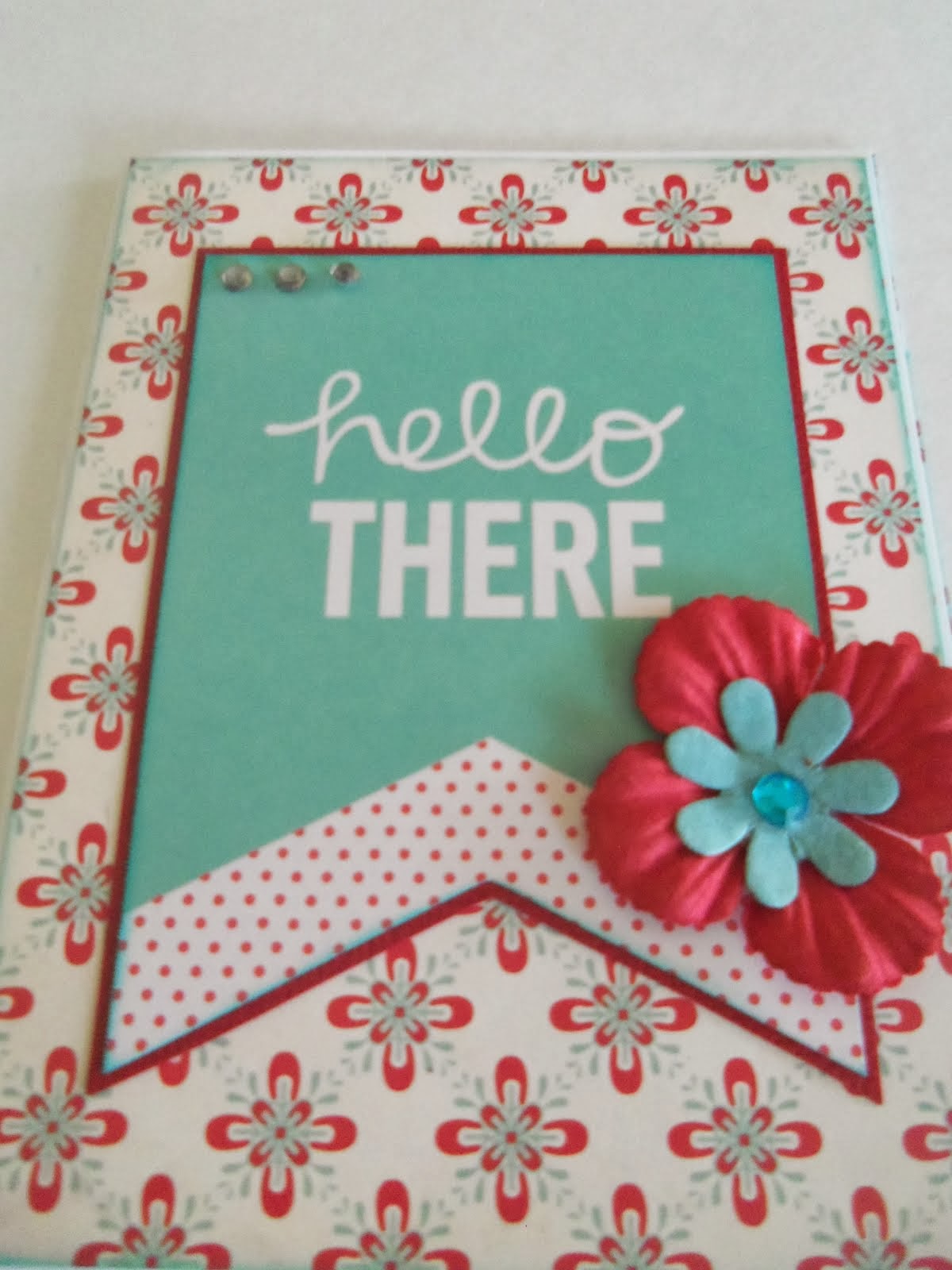 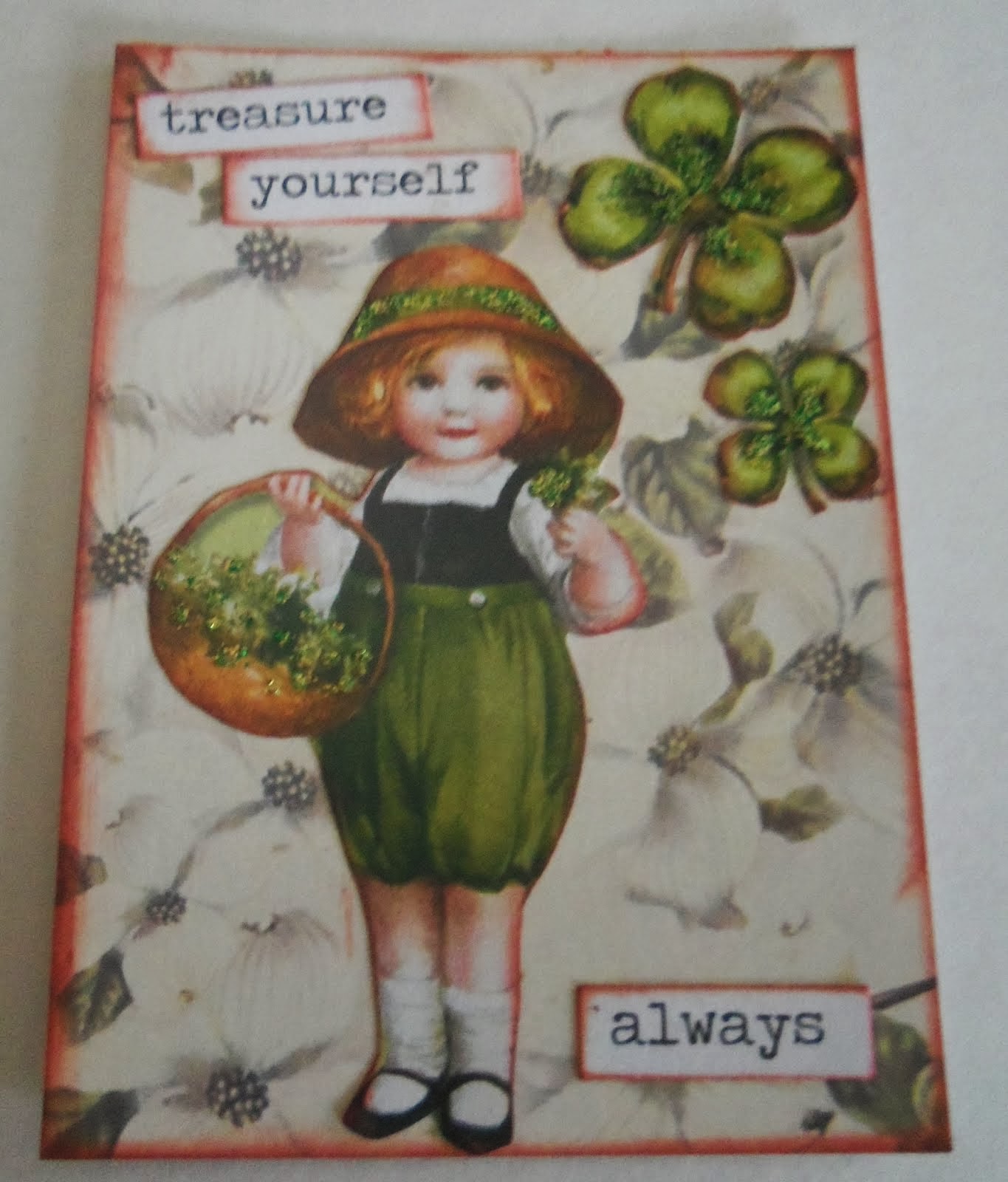 my pumpkins were featured

my little pincishions were featured 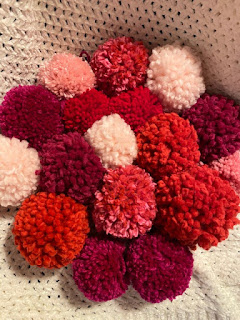